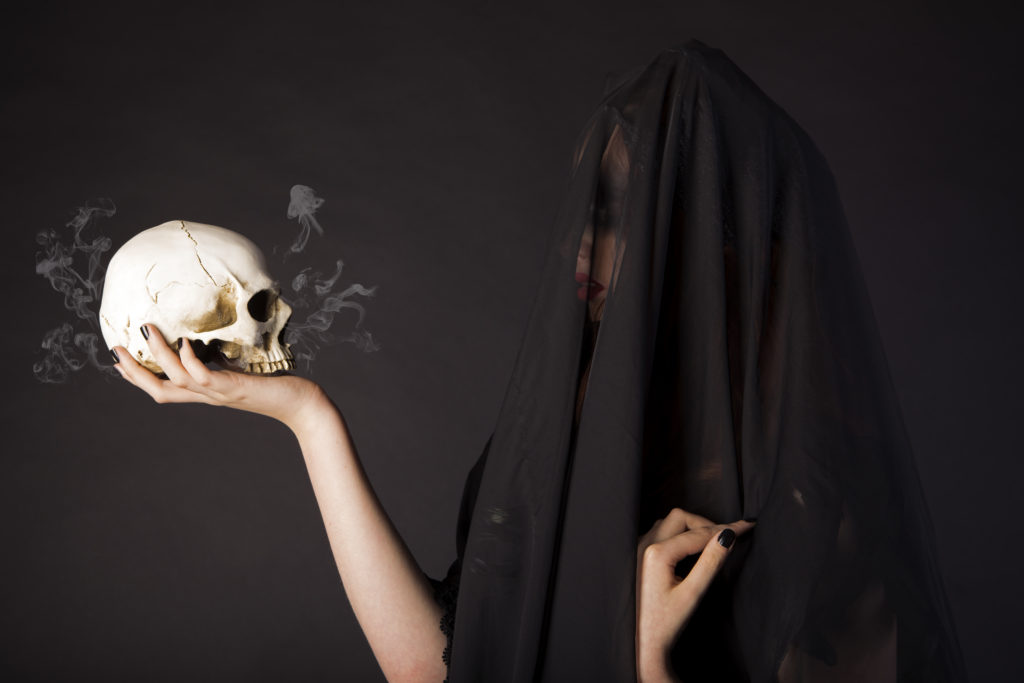 First photographs of a collaborative project with the fashion photographer Antonio Antonopoulos, inspired by the mythological figure of the Morrigan.

According to Irish mythology, the Morrigan was the goddess of war and death, and used to appear to humans in many different forms, such as a crow, an old lady washing bloody armors, or a beautiful girl. She was part of a triad, each of the goddess representing one of her characteristic.

In particular, the black costume with veil and feathers represents the Morrigan as the “Queen of Phantoms”, the goddess of death.